You are here: Gaming and other Nonsense » News » Pathfinder Factions 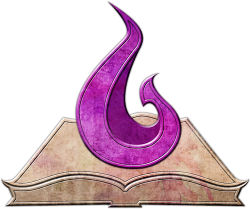 One of the ideas I'm playing with in my new Pathfinder campaign is the use of factions. Pathfinder already has rules for handling reputation with different factions, which is spread across several books (Ultimate Campaign, the Faction Guide and some mentions in various Pathfinder Society books). They all seem to handle it slightly differently, plus there are also the Influence rules in Ultimate Intrigue.

What I've gone for is, I think, slightly different to all of them, but uses the terminology from Ultimate Campaign. Just to be clear, these aren't the factions from the Pathfinder Society itself (though some of them may turn up), but factions specific to my campaign in and around the city of Magnimar.

There are a number of factions in and around Magnimar, and these are generally where plot quests are being driven from. So the city watch might put out a bounty on a known criminal, or ask for help dealing with a problem that a group of 'adventurers' are better dealing with. Success will generally provide 1 or 2 reputation points with The Law for all the characters involved, and open up awards unique to that faction which reputation can be spent on. Each faction has its own unique set of awards, but players don't know what they are until they've unlocked them.

The awards will tend to follow a theme for each faction though - some might provide access to equipment, others to retraining or just to information or physical aid.

Amongst the unlocked awards so far, Serpent's Run gives access to “A Daily Jog”, which allows a character to retrain their hit points. The Shucked Oyster provides “A spanking, a spanking” which allows reputation to be traded for experience points. The Dome of the Savoured Sting provides “Between the sheets”, which grants a bonus on a gather information check.

So far characters have only unlocked the first level on several factions, but the first few adventures are geared towards introducing them to a number of the more important ones in the city. As they get to work with different factions, they might decide that some are more useful than others and try to get involved more with one over another. It's also possible that a high reputation with one faction might be viewed negatively by a rival, so doing work for The Law might mean you are less likely to get work from various criminal groups.

There are also other differences between the factions. Some pay more than others for jobs, or are more (or less) likely to tell the whole truth about quests. The Streets can't afford to pay much, since it's requests for aid from the common folk, but their needs are generally simple and relatively safe, and having a good reputation with the townsfolk is always useful. Serpent's Run may be more interested in characters going out and capturing dangerous monsters for them to use in the arena, but only pay on success.

It's basically a mechanical bonus to supplement the role playing side of interactions between the characters and the environment they're in, and give me as GM a framework to try and provide some consistency in what the NPC factions are doing.