You are here: Gaming and other Nonsense

Welcome to a collection of random pages about tabletop roleplaying and wargames, with a bit of science fiction thrown in for good measure. It contains campaign notes and chronicles for various games I've run and played it, design notes for game systems, and designs for armies and characters. Since some of the material dates back over 20 years, the style may be inconsistent. 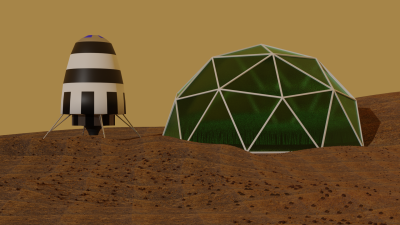 The main content being worked on at the moment is the Spacecraft Recognition Guide, where I'm putting together a collection of spaceship designs for my YAGS SciFi rules. Starting at the plausible near future, and then working forward in time with an ever increasing level of technology.

I'm making heavy use of Blender to model what the starships look like, and coming up with a starship design system that is reasonably detailed, but hopefully simplified enough that it's usable.

There are more details over on my blog.

I've started putting down thoughts for a new fantasy campaign, currently titled The Sinking City. There is a full blog article available for initial details. I plan on using this with my high fantasy version of YAGS, which requires that I finish writing the magic system for that.

Other notes are also available for now over on the Eyressia page on this site, and I've added a link in the sidebar as well.

I've started running the final chapter of my Rise of the Runelords campaign, Spires of Xin-Shalast. As part of this, I've started a GM's commentary on the campaign over on my NotASnark blog. It won't contain spoilers for what's coming, but will contain information about plot points that have happened so far.

This campaign will take the characters up to 17th level, which is the highest we've been so far in Pathfinder. I've got ideas though for how to take things beyond this if the players want to continue on to higher levels.

Also on that blog are player accounts of Serpent's Skull and Strange Aeons campaigns, along with everything else I play (such as Delta Green).