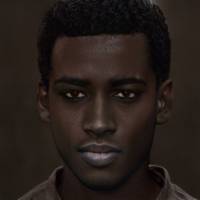 Tony Turner is a quiet individual, obviously well educated and with a depth and breadth of experience most people don't have. He makes few friends, but when he does he takes it very seriously.

Tony Turner was a bright student from New Home (Reft, 1925) who always wanted to grow up to be a starship engineer. He got into university to study engineering, making two close friends of other engineering students who he remains in intimate contact with to this day.

Out of university, he was hired on as an engineer on board a Scout ship, surveying systems in Foreven sector. At one point, his ship was in the right place at the right time to rescue the high ranking son of a powerful noble from a war zone. He got a commendation for that, which enabled him to have his own ship, exploring parts of the Reft. Whilst near the Anundarluu Nebula though, he lost contact with the outside world for almost six months. He has no memory of that time - his ship was found drifting in empty space by a rescue mission sent out to look for him.

He left the Scout Service after that, and went into the corporate world trying to put his practical skills to good use. He found work for the Islandbridge Trading Corporation at Elysee. His eye for data got him noticed when he spotted unusual spending patterns that he was able to take advantage of to save the company billions.

He become one of the most skilled data scientists on Elysee, but eventually decided that enough was enough and he sold his shares and is now looking to go independent, hoping to put his mix of practical and theoretical skills to use in some new venture.

Started with a reasonably good set of stats and went into the Scout service. Going into Corporate after that seemed sensible, and kept on getting Electronics (Computer), so he's become something of a computer expert.