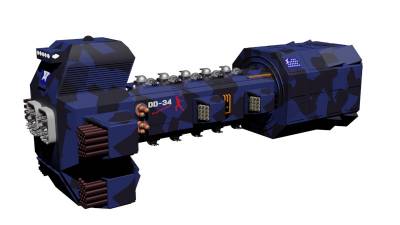 The older Hurricane class destroyer was once the primary warship of the Republic, but is gradually being replaced by the newer, but slightly smaller, Typhoon Class Destroyer. It was originally designed to defend against incursions from the I'Sred*Ni Protectorate, so has considerable anti-missile defences and heavy armour to protect against missile hits.

It was always a general purpose design though, and ships of the class are often put into rolls they're not entirely suited for, because they have been designed to theoretically have some capabilities in those areas.

Though it is only capable of J-2, it carries 4 parsecs worth of fuel, enabling two jumps without refuelling. This was needed to be able to get around the sparser systems of The Beyond, but also allows it to jump into a system to perform a strike action, and then quickly withdraw back out.

Republic crews tend to be highly trained in Electronics warfare.

Stealth, -1 DM to enemy checks to detect or lock onto ship.