These are Venus-like acidic hot house worlds. They have thick atmospheres, very high temperatures and are permanently covered by cloud. There is no water, and the only rain is sulphuric acid which boils before it reaches the ground. 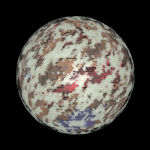 These are Cytherean worlds on the cusp of turning. They still have oceans, and atmospheric pressure is generally between about 5 and 15 atmospheres. However, the seas are shrinking, and full of carbonated sulphuric acid. Volcanic activity is high, as the world continues to push the last of its carbon into the atmosphere.

There may still be some hardy life in the seas, but the lands are barren, either covered in lava or washed clean by sulphuric acid storms. The surface temperature is above the boiling point of water, though the pressure generally keeps things liquid. 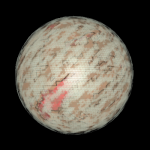 Cytherean Xeric worlds are well past the point of no return. If any surface liquid is left, then it is little more than a thick sludge of highly acidic material. The volcanic activity is dying, as the world solidifies. Atmospheric pressure is more than 15 atmospheres, maybe less than 45.

Most life, if it ever evolved, will have been wiped out by now. It's possible for some basic bacteria to survive in what remains of the seas, but this grows increasingly unlikely over time.

These are the standard Cytherean worlds. The cycle that takes a terrestrial world from something reasonable to a complete hell has been completed.

The basics of Silicate, Carbonic and Ferric are present.

Actually mining them is left as an exercise to the reader.