You are here: Gaming and other Nonsense » Traveller » Planetary Classification

Recently, I've been working on some utilities to generate random star systems and worlds. To kick the process off, one of the first bits of functionality was to read in and parse the various Traveller star maps that are available on the net.

Asteroids are the smallest types of worlds classified, and also the most numerous. The main difference between an asteroid and a planetoid (or dwarf planet) is that the latter tend to be more regular, having enough gravity to pull themselves into a sphere. 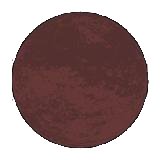 Basaltic asteroids are little more than small rock chips, probably fragements that have been broken off larger worlds, though larger examples may be small worlds in their own right. Their distinguishing feature is that their surface consists of basaltic lava flows which have long since cooled and hardened into a relatively smooth surface.

Basaltic surfaces are generally young, so show little sign of the cratering that comes from long term bombardment. 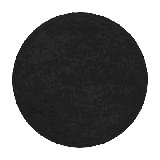 These carbon rich worlds are notable because of their extremely low albedo. They are common in the middle regions of the solar system, and tend to be low in both metallic ores and ices.

These are almost pure ice asteroids, with little or no rock or metal content. What distinguishes these from Oortean worlds is that they are gravitationally heated such that they have a liquid water core. As such, these are only ever found as moons of Jovian worlds.

They are similar to Europan worlds, but have no rocky core. 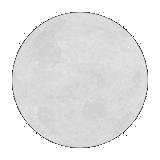 These are rock-ice asteroids, often found in the middle parts of a solar system, commonly around jovian worlds or sometimes in an icy asteroid belt. They are not massive enough to have clearly delineated structures, but instead their internal structure is a continuous random mix of rock and ice. 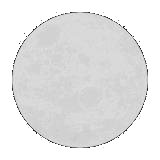 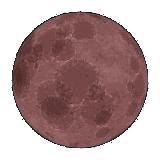 Also known as M-type asteroids, these are almost pure nickel-iron, and are one of the most common types of asteroids found in most solar systems. They are probably the left over fragments larger bodies which were destroyed during the formation of the solar system.

They have high albedos, and are sought for their mineral wealth. 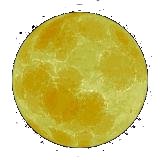 These are rock asteroids which have formed relatively close to their parent star, such that repeated heating has allowed the heavier elements to sink towards the core. They have a nickel-iron core with an olivine crust 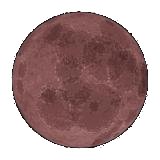 These are small asteroids found very close to their parent stars. They have high concentrations of heavy metals, and are a rich source of mineral wealth, though are difficult to reach and harder to mine. 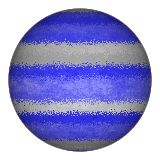 Cold gas giants similar to Neptune or Uranus. Their moons are generally frozen worlds, and they themselves tend to be smaller and denser than their siblings closer to the primary. 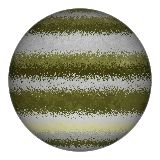 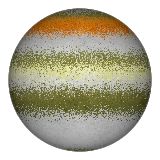 Medium sized gas giants like Jupiter. They tend to have extensive moon systems, and have a large effect on the entire solar system. 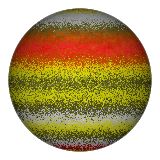 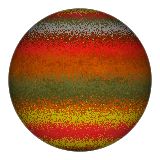 Massive jovian worlds which are often the only world in the system. 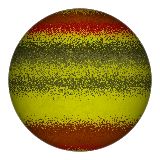 Jovian worlds very close to their primar star. They are large and hot. Their presence pretty much rules out terrestrial worlds forming close to the star, unless they are moons of the Jovian. 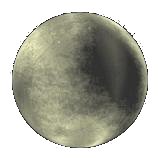 A dwarf planet made up of silicates and carbon compounds. Due to their size, they tend to lack a heavy core, instead the planet's make up is consistant throughout. Some Cerean worlds are rich in volatiles, and may contain some amount of water ice.

A world close to its star which has been scoured by hot solar winds. These worlds tend to be almost entirely metal content, with little rock. They are rare worlds. 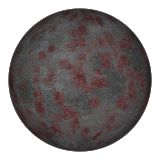 An iron rich planetoid, possibly a world that has long ago lost its crust and mantle, leaving just the core of the planet. These are hot airless worlds found close to stars. They will often be tidally locked, and in a few rare cases some volatiles may be found on the dark side of these worlds.

These are extreme worlds, lacking all forms of life. They are generally found as moons of Jovian planets, since they require massive amounts of energy to power their volcanic systems. Geologically, they are incredibly active, with a surface covered in volcanoes and lava, with a thin atmosphere created by the volcanic plumes.

The best known example of these worlds is Io.

These are small airless worlds with high metallic content, often found close to their star.

One example is Mercury.

A Selenian world is a dead planet with few metals or volatiles. Some, such as the Moon, are the product of collisions between other worlds. 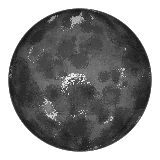 A type of dwarf planet which was once geologically active but which has long since lost all signs of activity. Despite their size, they are fully formed worlds with separate core, mantle and crust. Heavier metals may be found in the core, with a few volatiles found closer to the surface.

They may contain water ice, but are generally lifeless and lack any form of atmosphere.

These cold, dead worlds are found at the outer edges of a solar system. They are dwarf worlds, made up of ices (mostly methane or nitrogen) which have frozen into inactivity. Any atmosphere is likely to be no more than a trace.