You are here: Gaming and other Nonsense » Eyressia

Eyressia is the continent in which a fantasy campaign setting is based. It looks remarkably similar to our own world, but differs in terms of history and magical possibilities. There are some goals I have for this setting which are described in the World Design page. 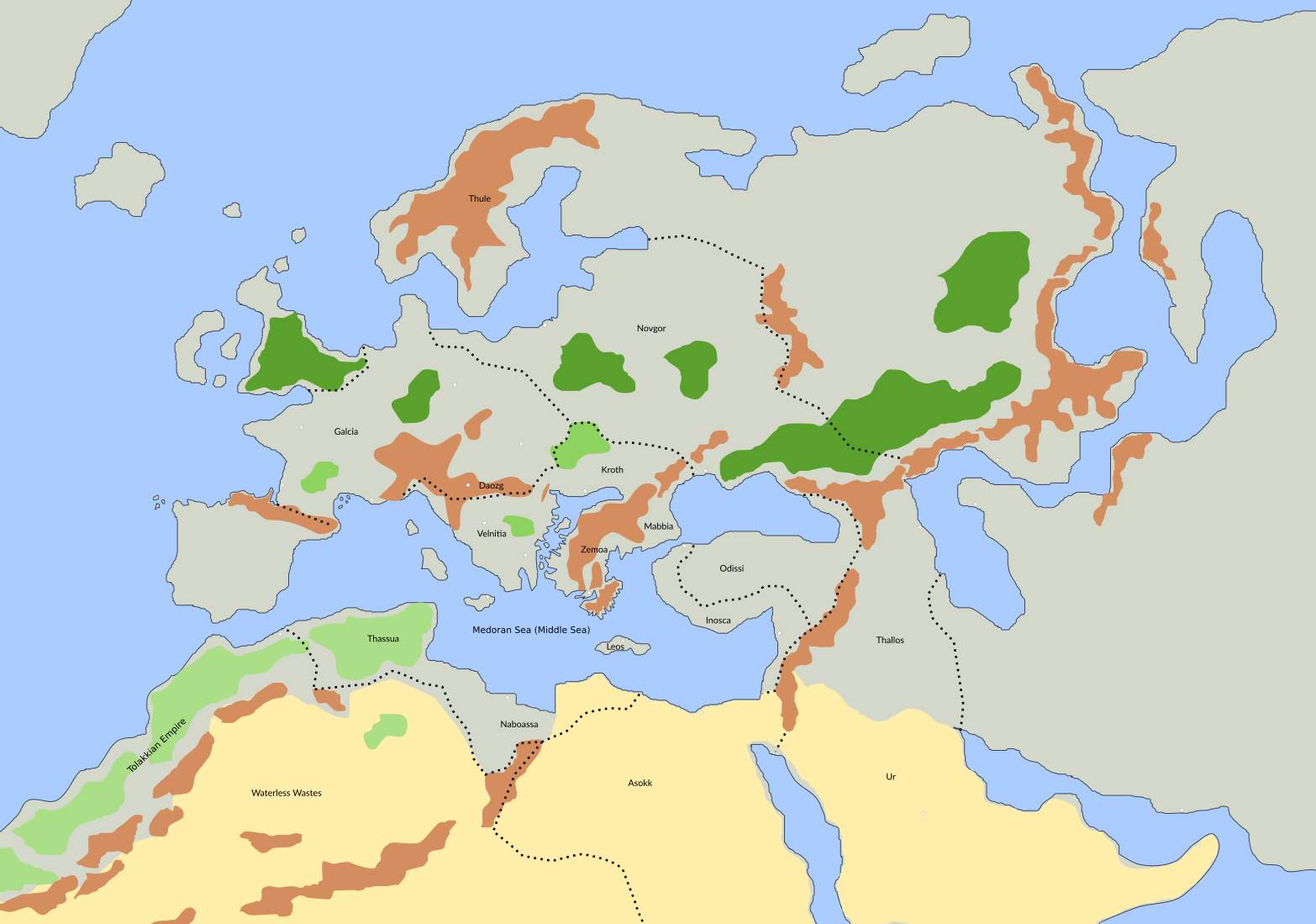 For a full list of major events, see History.

The immortal serpent folk known as the Elders rule most of the world. Humans are either their slaves or hide in the far north which is too cold for the serpents to go.

The climate cools, which causes the serpent's grip on the world to weaken. Around this time the elves come to this world and fight the Elders for control. The power of the Elders is broken, and they lose their immortality, being driven back to the far south or even deep underground.

The elves plant their giant World Trees which are the source of their power. Rather than being the saviours of mankind though, they become just another master.

The kingdom of Ur is about the closest to a free human society, but even they are kept on a short leash by the Elves.

A group of humans cast a powerful ritual to break the world. It summons the Tarrasque, which lays waste to the elven cities, and destroys the world trees. Monsters of all kinds follow in its wake, and orcs come from the eastern tree. Civilisation mostly falls, and the Elves flee.

Some flee beneath the ground, where they seek dark powers for salvation and become the drow.

Human civilisations rise from the ashes after the Tarrasque returns to sleep.

After a millennia of sleeping, the Tarrasque awakens again and causes devastation across Eyressia.