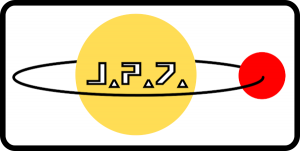 Protector Star Insurance is a company operating mostly in the Trojan Reach. It mostly insures large orbital installations such as starports and residential orbitals. Due to the size of the objects it insures, it has few competitors who are willing to take on the same level of risk.

They have a reputation of being very quick to sue or bring criminal charges against anyone who they think is trying to defraud them, or simply to avoid paying out large sums of money. Several counter-claims have been made against them, charging charging them with industrial espionage and making use of illegal means to find out information. However, they have some of the best lawyers in the sector.

The name Dagashii Nagakhig Gadarsisa comes from the Vilani for (Protector) (Near Companion Star) (Insurance), which is generally translated into the Anglic as simply Protector Star Insurance.