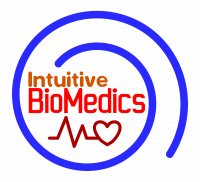 A bio-research company based out of New Colchis in the New Islands central region, in Reft sector. They are noted for their work on vaccines as well as designer drugs for helping with various middle class issues. They have a number of secure labs outside the capital.

They were formed in 925 from a union of several other small companies, in response to a pandemic that rapidly spread across the northern hemisphere, and needed to pool their resources to defend their patents against legal challenges by larger companies. They become well known for their vaccine research, as well as for a while being the most popular provider of anti-rejection drugs for cyberware implants.

In the last couple of decades, they've hit the headlines for lax lab security at least three times, with diseases they were working on vaccines for breaking out and infecting people around their labs. They escaped paying any fines, but now have a reputation of being rather careless.