A mostly automated refuelling station in orbit around the moon of a large gas giant. A large “EXE” sign has been carved into the moon's surface, which is easily visible from orbit.

The station orbits the outermost moon of a Super Jovian some 300,000km in diameter and 12 time the mass of Jupiter. The moon is just over 30 million kilometres distant from its parent, putting it just outside the 100 diameter jump distance. It's an airless rock, but has a large automated station in orbit around it. 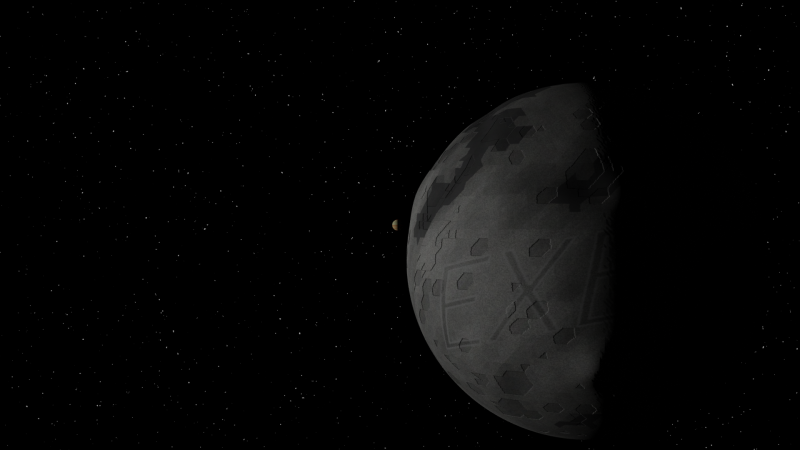