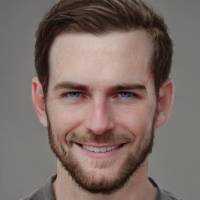 Digarikha Maleka is a 38 year old man who always seems slightly uncomfortable around other people, as if he's expecting them to treat him badly. He doesn't dress well, and his accent and manner of speech tends to be crude and lower class, though he can come across as well educated in his use of words.

Born in the Torpol system (Trojan Reach, 2221) on the world of Traefar, Digarikha was the son of a poor single parent who struggled to make ends meet. He'd spend most of his time at the local library near the spaceport, or playing with the local feral dogs near the spaceport, watching the miners who came off the ships and wondering what their lives were like.

He tried to get into university, but failed, but got a janitors job at the local hospital, where he surprised the doctors with his knowledge of medicine and science. He wasn't particularly bright, but could remember things.

Digarikha's skills were recognised with a prize of most important contributor, and was given medical training that allowed him to quality as a nurse. His poor background and lack of formal education limited his prospects, but these were seen as a benefit by a group of doctors running a black street cybernetic clinic on the side. As long as he could do the work, and keep his mouth shut, nobody cared.

So he became skilled in cybernetic surgery, gradually becoming capable enough to take charge of the endeavour. But it wasn't to last, and the authorities became aware of the operation. Fortunately, he was warned ahead of time and managed to engineer a way off world.

The owner of a lab ship was in for some surgery, and he instead implanted hacked black market skill chips which enabled him to 'persuade' him to transfer ownership of the ship to Digar. By the time the authorities arrived to close down the place, Digarikha was already aboard the ship and leaving the system.

Where he goes next he hasn't decided, especially since he has no idea how to fly such a such.

Another character with a poor set of stats, but a decent EDU. Failed to get into University, so tried straight for Scholar. Since Physician was entirely EDU based, went for that. For benefits, he rolled Lab Ship four times, so has one without a mortgage.