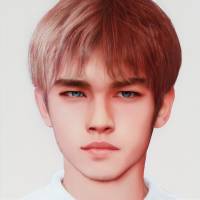 Paul Peterson is a disillusioned young man who suffers from bouts of depression which he tries to cure with alcohol.

Paul Peterson grew up on New Colchis (Reft, 1327), where he entered university but failed to graduate. Soon after joining the police force he was almost killed by a car bomb. The explosion killed his friend and partner, and left him in critical condition in hospital for over a month whilst they regrew his legs. When he returned, he tried to find out who was behind the bombing but didn't get any help from the force. They also refused to cover his medical expenses. Though they promoted him, he reckoned that this was just to shut him up, so heavily in debt and disillusioned with the force, he quit.

Already in debt to shady lone sharks, he is being forced into working for crime gangs, using his knowledge of the local police to now work against them. He blames his ex-colleagues for what happened and for not supporting him afterwards, so wants to see them brought down.

Only benefit was Cr1,000, which came off his medical debt.

Paul was 'killed' during character generation, getting a “Bomb” result (14) from the Agent Events in the D66 Compendium 2. That resulted in -6 to a physical stat, which at best took one down to zero. I decided this resulted in a huge medical bill rather than death.

Was accepted, and studied Electronics and Science, but failed to graduate.

Tried for a stat bonus and got INT +1. He did make his survival check, but got an event of “Bomb” and almost killed (sometimes events are just as bad as mishaps). Chose to take Investigate 1 and a bonus to advancement.

He could have stayed on, but decided to leave the career and stopped progression at a young age.