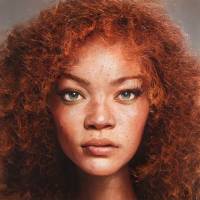 Quilla Quartermaine is an enforcer for a local street gang. She is hard and cold blooded, and will hurt anyone without thinking twice if it is necessary.

Quilla Quartermaine grew up on the streets of Colchis (Reft, 2026), learning to find her own way in the world. After being on the wrong side of the law too many times, she decided to reverse the situation and join law enforcement. She was noted for her bravery and willingness to work hard to get the job done.

Unfortunately she worked a bit too hard, and uncovered corruption in her department. Rather than keeping it quite she decided to do the 'right thing' and took it to the top - where it was immediately covered up and she found herself out on the street, taking the blame for what had happened.

She still wanted to be part of something bigger than herself though, so signed up for the military, joining the Colchis infantry. Once again she found herself uncovering dirt - this time a weapon smuggling operation being run by her commanding officer Captain Jack Whitby. Having learned her lesson, she offered to help and keep it quiet. That worked well for a while, until it was uncovered and she found herself discharged.

Having decided that whether she worked for or against the law, she'd end up on the wrong side of it, she embraced fate and became an enforcer for Marsus Waste Disposal, a gang near the starport. She may not look menacing at first, but she has no qualms about hurting people and has been very good at convincing people of that.