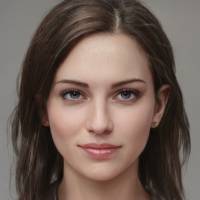 Sila Rarhar Rusasu is a 38 year old noble woman who has served as an administrator to the Imperium's Diplomatic service for 20 years. She is an extrovert, willing to listen to people and managing to appear as a trusted confident even to those who have never met her before. Few suspect her of being capable of manipulation and guile.

Sila Rarshar Rusasu belonged to a low ranking noble family on Hradus (Trojan Reach, 2714), and through family connections was able to join the diplomatic core. She was somewhat slow and uneducated, so found herself shunted into a back-office administration job where she could do little harm. She was good looking and had a approachable personality though, and quickly found that people would either underestimate her and talk about things in her presence, or would simply give her what she wanted.

Though her own boss mostly ignored her, a rival of his noted her capabilities and made her an offer - spy on her own boss and report back to him. She accepted, and for several years passed information to a rival department. He never realised it was because of her than his department lost funding and he got demoted. She got a promotion and a new role.

She found herself getting invited to social functions, where she could obtain or dispense information that would benefit her department. She managed to lead Count Ashan Lusushgishu into an embarrassing and compromising situation on camera, a fact that he has never forgiven for, but which elevated her new boss Count Lamiigu Gumnaga Eshagash further up the food chain.

Her job brought her into contact with many people of high status, and she found it increasingly easy to persuade people to her way of thinking. She spent time helping her own neighbourhood, upsetting a corporate CEO who wanted to redevelop a large residential area. When he found out that planning permission had been blocked because of her, he tried to discredit her but failed.

She continued to rise in the service, and though she never officially became a public facing civil servant, she found it far more effective to manipulate people behind the scenes to push forward policies that she and her friends wanted. By the time she decided to leave the diplomatic service on Hradus, she had built up a sizable number of gifts which had been donated to her.

Another character with low INT and EDU, but high SOC. What is it about the nobility? Straight into the Noble (Administrator) career for her, where she might have a chance of making the survival and advancement checks.

I used the standard Event tables for Sila.