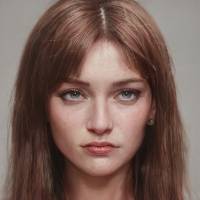 Willa Weber is a thin woman in her thirties, normally smartly dressed in a plain suit. She comes across as slightly cold, but always professional.

Willa Weber grew up on New Colchis (Reft, 1327), living in the country where she learned to ride and camp outdoors. After finishing schoo, she tried to get into the Merchant Academy. However, they didn't her, so she applied for a corporate job at United Defence Associates and was accepted into their intelligence division, something she never expected but ended up enjoying.

She learned to use a gun, and to attend corporate events to find potential candidates for bribery or simple befriending, and was quickly promoted. From there she was moved to the starport arm of the company, where she got introduced to electronic intelligence. Ironically she was awarded some ship shares by a rival firm for failing to pass on information to her own team.

Willa began to be groomed for a more active roll off-world, and was given self defence training. Unfortunately her father died just before she could be deployed, and she took a couple of months off to deal with family affairs. She lost out on a probably promotion because of it, but doesn't regret the choice.

Once she was back to work, she again applied for a role at the sharp end of the business, and was deployed to The Borderland sub-sector. She handled herself well, but then things went sour during a rather shady weapons delivery and she was caught in the cross fire, almost getting herself killed.

She was shipped back home and given medical treatment, but was still left with a hefty medical bill even after the company insurance kicked in. Viewing her as a broken asset, UDA severed her contract for considerably less of a payout than she was expecting, and she is now looking for work as an independent contractor.

She started with a slightly below average set of characteristics, and took Animal and Survival to represent a more rural upbringing. She failed her attempt at a pre-career education in the Merchant Academy, so went straight into Agent since it had an easy Qualification and Survival difficulty.

I thought it might be wise to get some stat bonuses, so went for personal development.