Gloire is an agricultural world with a low population. As a colony of Serendip Belt 1323, it is limited in what it can do, but it's population is rapidly increasing and at some point it may become too large for Serendip to control. 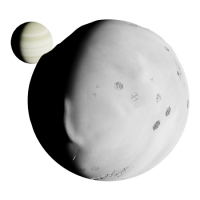 Landing at Gloire Main is discouraged, by Serendip authorities, and requires special permits or SOC/Persuade 12+

Refuelling is normally done at Gloire VI “Jayne”,a rather bland looking gas giant, either from the Gas Giant itself or using the D class starport on the 5th moon.

There are normally Serendip patrols around Jayne, normally only ask for Identification and flight plan, but will sometimes perform boarding and inspection. SOC/Persuade 6+ to avoid.

There is a 1 in 6 chance of them singling out a ship for inspection, in which case DM-4