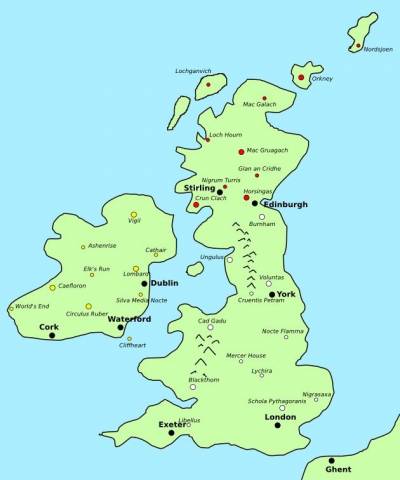 Stonehenge is a tribunal which covers England and Wales. A large number of the magi here are of Ex Miscellanea, and a number of those are non-Hermetic magi. It is dominated by the two covenants Blackthorn and Voluntas, both of whom disagree on pretty much everything. Though Voluntas are easier to deal with, many magi in Stonehenge distrust them because they are seen as being on the side of the continental Hermetic magi, rather than respecting the traditions of many of the magi in Stonehenge.

There are also magi here who are not directly affiliated with any particular covenant.